My first experience taking Adderall was about 15 years ago. I had been having a hard time concentrating and getting work done, so I went to my doctor who referred me to a specialist. After several office visits and rounds of tests, I was diagnosed with ADHD and prescribed Adderall.

The day I picked up my first bottle of Adderall, I was sitting in the car, waiting for my wife to get out of class. So I decided I might as well try one while I waited.

About 20 minutes later, I felt a surge of euphoria, and shortly after that, I was organizing and cleaning the car.

When my wife returned, she said something like “Wow! This medicine is definitely working for you!”. And it was.

When we arrived back at home, I was able to get 2 or 3 solid hours of work done. I couldn’t have been more pleased with the results.

I had read that for some, Adderall could have negative side effects, especially when coming down. And for me, this was definitely the case.

About 3 or so hours after taking Adderall, I started to feel really anxious, a bit nauseous, and had a moderate headache.

Even though I wasn’t feeling great, I felt that the negative side effects were worth the benefits, and I kept taking Adderall on and off for about 4 years.

Eventually, I’d had enough. I couldn’t stand the almost daily headaches, so I talked to my doctor, tapered down, and stopped taking Adderall.

I started to struggle again to focus at work. It wasn’t easy, but I went on for several years like this.

Adding Xanax into the Mix

I always loved flying, and never really had any problems with anxiety until on a flight from the east cost to the west coast, the plane I was on had to make an emergency landing.

From that point on, I started taking Xanax only before flying.

During one trip to Los Angeles, A friend who I was visiting offered me some Adderall after I mentioned to him I was having a hard time focusing.

It had been several years since I had taken any, but I figured it wouldn’t hurt to try it again.

The day I took it also happened to be the day I was traveling, so as I was coming off of the Adderall, I took a Xanax. The Xanax kicked in and the negative effects of the Adderall never showed up.

After talking with my doctor again, I decided to go see a psychiatrist to see about potentially getting on Adderall again. I told him all about my experience with Xanax, and he thought it would be fine to use Xanax to counter the negative effects of Adderall.

Looking back, this was definitely not the best idea, but it did allow me to use Adderall for several more years.

After some experimentation (and with the approval of my doctor), I started taking a small dose of Xanax with my Adderall. As you can imagine, there was definitely a “high” associated with taking both of these meds at the same time. The real benefit for me though was that by taking the two medicines together, the frequency of my headaches was significantly reduced.

At the time, I couldn’t see it, but after taking this Adderall and Xanax coctail for a few years, I started to become depressed.

I had gone from using the medication to becoming completely dependent on it to function.

I knew I had to make a change, so I went to my doctor again and told him I was ready to get off of Adderall.

Though I had significantly reduced the amount of Adderall and Xanax I was taking, I was finding it hard to quit.

It was around this time that I learned about CBD or cannabidiol. I had seen the stories about how much it was helping children with seizures, but was now learning that CBD could help with lots of other things. Including anxiety and even ADHD.

After lots of research, I finally ordered a bottle of CBD oil from The CBDistillery.

The day it arrived, I didn’t take any Adderall because I wanted to know if the CBD would actually help.

For my first dose, I took about 20mg of CBD. I held the tincture under my tongue for 5 minutes. Shortly after taking it I felt all of my anxiety and any urge to take Adderall completely disappear.

It’s really hard to describe, because with CBD, I didn’t “feel” anything. It just took the anxiety away.

CBD didn’t have a direct effect on my ADHD, but because I didn’t have that nagging anxiety anymore, I was finding it much easier to get my work done.

The crazy thing is that after starting CBD, I was able to stop taking the Xanax and Adderall 100% without any issues. I just didn’t and still don’t need it anymore.

Thanks to Cannabis, (specifically CBD), I’m much happier, much healthier, and not using dangerous, addictive drugs anymore.
— Bud 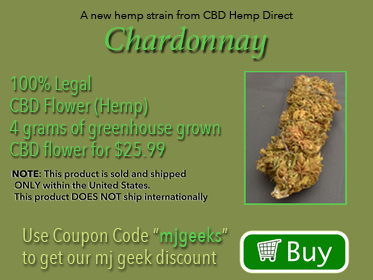